Reflecting on 2022: A Year of substantial Growth, development and success for MedPoint

As we approach the end of 2022, MedPoint are proud to look back on the year that the team and our customers have had we’re celebrating our successes, achievements, progress and highlighting the massive leaps that we have made to better the MedPoint product, brand, and name.

2022 has been a year of high growth for MedPoint and I am incredibly proud of our team for their ongoing performance and efforts. As a business we have gone from strength to strength, developing our products and software in the process, enhancing the offering our customers receive and ensuring longevity and sustainability in all that we do. The new connections, lasting partnerships and friendships we’ve formed are also something we are extremely proud of and look forward to growing further into 2023 and beyond.

Our MedPoint models have evolved, with new technology continually being introduced including at-machine payments for further patient convenience, and interruptible scanning for even less machine downtime.

Interruptible Scanning means that the machine scanning process now runs in the background allowing patients who have received their pin to collect their orders without having to wait for a scan to complete. This means that the only time a patient cannot collect an order is when you have the back door of the MedPoint physically open!

The new development will also enable staff to interrupt a scan if they need to without the need to wait for it to end.

Contactless Machine Payments is a great option for a newly installed MedPoint machines and allows card payment for prescription charges instead of online payment. With machine payment enabled, all patients will receive their pin number immediately but those with a potentially chargeable order will be asked to declare an exemption or pay at the machine before the order is released.

Furthermore, our API has been used to integrate machines with more well-known and bespoke PMR systems than ever before over the past 12 months.  Integrations with Titan, Proscript, Positive Solutions, Cegedim PMRs and the BeWell patient app are already in place with more in the pipeline for 2023.

With these developments, anyone who dispenses prescriptions are given more choice and flexibility in their dispensing workflows. Ultimately, MedPoint machines are there to make life easier for both prescription dispensers and patients nationwide.

Reflecting on 2022, the stats speak for themselves.

I am truly proud our achievements, but more importantly those achievements of our customers, and I’m looking forward to seeing what 2023 brings.

Each month has brought something new that as a team, we are delighted to share, reminisce and shout about. January saw us launch our partnership with Cegedim. This partnership enabled MedPoint to better support our customers, with integration capabilities across their systems. Thanks to this exciting partnership, we’ve helped many of our customers across the UK to improve their processes and create efficiencies within their dispensaries.

MedPoint featured in Scottish Pharmacist, sharing news of our innovative solutions and benefits to pharmacies. We were also proud to be the headline sponsor for an Edinpharm event which showcased several exhibitors to their members and partners. Our very own Kevin Murphy did a presentation on how to use MedPoint to save time and money on prescription dispensing, benefiting increased efficiency and minimizing error whilst embracing digital technology and supporting adaptation in a fast-changing healthcare environment

We were also fortunate to re-kindle our relationship with Forte, Alliance Healthcare in the UK and as such work in partnership with them to promote the MedPoint brand.

This month marked two whole years of our Head of Operations, Colin Simpson.

Gill along with other members of the team took a trip to Northern Ireland where we visited our manufactures, had some exciting development meetings and met up with customers. We also delivered one on one training for clients who had recently had their MedPoints installed. It really was a great few days.

MedPoint launched a new feature! Our development team integrated WhatsApp notifications as an additional option for patients that runs alongside the standard SMS and e-mail notifications.

Safety is extremely important to us and as part of our plans for 2023, we wanted to take steps to ensure our systems, processes and software were fully secure and safe from cyber-attacks.

From installation to our ongoing work together we take data being secure seriously.

The install team had a busy month too; eight installs were completed this month.

In April, MedPoint became part of the HealthTrust Europe framework, which is owned and operated by HCA Healthcare and is dedicated to connecting health care provider and supplier communities to improve services and care overall.  This framework is a great tool, helping hospitals to secure a MedPoint machine.  Customers Haxby Pharmacy got creative with the production of their very own promotional video which was showcased across all socials and received a large number of likes.

MedPoint were delighted to continue their partnership with the NPA – National Pharmacy Association this month.

Clinical Pharmacy Congress: the team headed across to London for the two days show which took place at the EXCEL.  It was great to showcase the MedPoint products and meet so many new and prospective connections. The demo machine was a prominent feature on our stand and received some great attention.  It was brilliant to be able to showcase the demo machine at the show.

Ever thinking about our customers, with a view to provide additional reassurance, we completed a rigorous assessment to take the next step and become Cyber Essentials PLUS accredited.

The install team had a busy month too; five installs were completed this month.

What a month. Four installations within two days, all within 700 miles from our headquarters and a fifth installed just a few days later.

Fantastic news this month too: we celebrated two customer award wins. Haxby Pharmacy won an Innovation Award for their MedPoint. The other winner was Cadham Pharmacy, who won the Commitment to Health and Wellbeing category at the Scottish Pharmacist Awards.

The Royal Bolton Hospital MedPoint SOLO, officially launched with a great turnout of staff from across the hospital and press.  We attended the say to see the machine in action; it officially dispensed its first item within 30 minutes of being up and running. The SOLO has made a phenomenal difference to patients at the hospital and even has its own dedicated parking space making it easy for patients to access.  The install even made the local press!

MedPoint were fortunate to feature in Scottish Pharmacy Magazine once again.

What a start to the month of August – MedPoints first installation within a Weldricks Pharmacy featured in the Worksop Guardian.

This was an exciting month for feature development too, as we rolled out interruptible scanning and the ability to pay at the machine.  The new development of interruptible scanning runs in the background allowing patients to collect their prescription even if there is scan running on the machine meaning little to no down time for the pharmacy whilst contactless machine payments is a great option for a newly installed MedPoint to have a contactless card payment for prescription charges instead of online payment.

This was a busy month for the whole team, we celebrated Field Service Engineer Kris Hughes’ one year anniversary and launched integration pilots with Titan and BeWell.

Our Co-founder and Chief Clinical Officer, Kevin Murphy took part in a ‘Reset and Revive’ discussion panel for community pharmacists which was featured across social media and focused on the future of pharmacy.

MedPoint exhibited at the Dispensing Doctors Association Conference which took place at the Burlington Hotel, Birmingham.  It was an intimate event, where the team were able to have some meaningful conversations and build on existing relationships leading to some exciting projects for 2023.

Another busy month here at MedPoint, our Managing Director, Gill Collins, was part of a panel discussion at the NPA Conference on ‘using technology and automation efficiencies’ in London today.
Hosted by Fergus Walsh, BBC’s Medical Editor, the session was a great platform delivering educational, informative, and lively discussion.Swiftly moving onto the next appointment, MedPoint took the demo machine across to the inaugural Scottish Pharmacy Show which took place at the Inchyra Hotel, Scotland.  Specifically, for Edinpharm members, the team really enjoyed being able to showcase the demo machine and discuss the benefits of MedPoint.

Our final stop was the Pharmacy Show, which took place at the NEC in Birmingham.

Over the two days, so many pharmacists and healthcare professionals stopped to chat with our team and told us they were ready to make prescription collection more accessible. The atmosphere, communication and vibe was incredible.  We’re looking forward helping them better serve their communities with a MedPoint installation.

Customer wise, we cannot not mention Totley Pharmacy who really took the advertisement of their recently installed MedPoint to another level; by supporting their local football team Sheffield United, Totley Pharmacy broadcast a MedPoint specific advertorial on the main screen to all attendees.  Even more, the match was televised!

The install team had a busy month too; five installs were completed this month.

Building on commitment to keep customer data secure, we secured our ISO Accreditation!  ISO 9001:2015 / ISO 27001:2013.  The scope of the Management System applies to the provision of design, sales, installation, support, and IT development of automated 24/7 prescription collection systems.

Top line benefits include protection of reputation from security threats, improvement of structure and focus and reduction of the need for frequent audits.

November saw the One Millionth Prescription Item Dispensed from a MedPoint machine too!  Co-founder Kevin Murphy, the community pharmacist who co-developed the MedPoint commented: “We are absolutely delighted to hit such a major milestone and it shows the demand among both pharmacies and patients for innovative solutions and convenience.  The community pharmacy sector in England is under extreme twin pressures of reduced funding and rising staff costs, not to mention online competition, so continuing to work as we always have is simply not an option.”

Kevin continued: “The fact that several of our customers had first tried other solutions and then opted to use MedPoint tells a story that not all collection points are the same and explains our rapid growth. The MedPoint is unique in how it auto-loads the bags, both increasing patient safety and saving massive amounts of additional staff time, which is a key focus for businesses looking for efficiency given the direction of travel of staff costs.”

The install team had a busy month too; four installs were completed this month.

Whilst this might be viewed as the wind down month as we head into the festive period, the MedPoint team have been extremely busy with five installs completed this month.

Another great feature around staying ahead of the curve in the Scottish Pharmacist Magazine was published too; it provided some insightful top reasons pharmacies in Scotland should be automating collection of prescriptions.

2023 is set to be another record year for MedPoint, our customers, clients, and partners.

Lots of planning and looking ahead for 2023, we’re very excited to see what next year will bring. We have big plans and we’re set to achieve even more records, so watch this space.

For more information on how installing a MedPoint could enhance your Pharmacy contact our dedicated sales team on sales@medpointuk.com 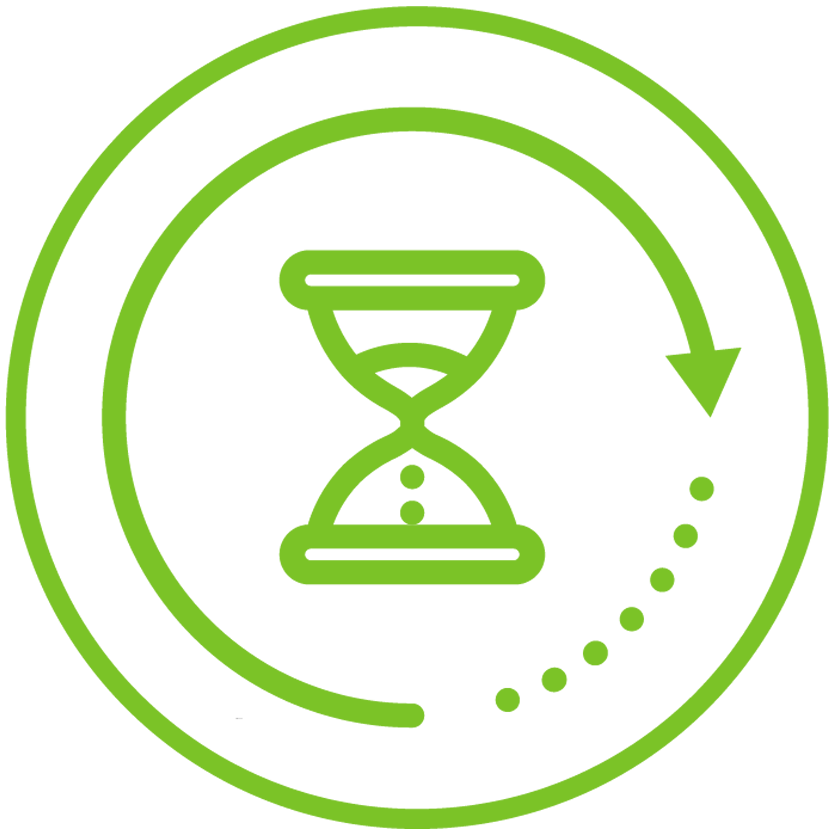 Save time and resource 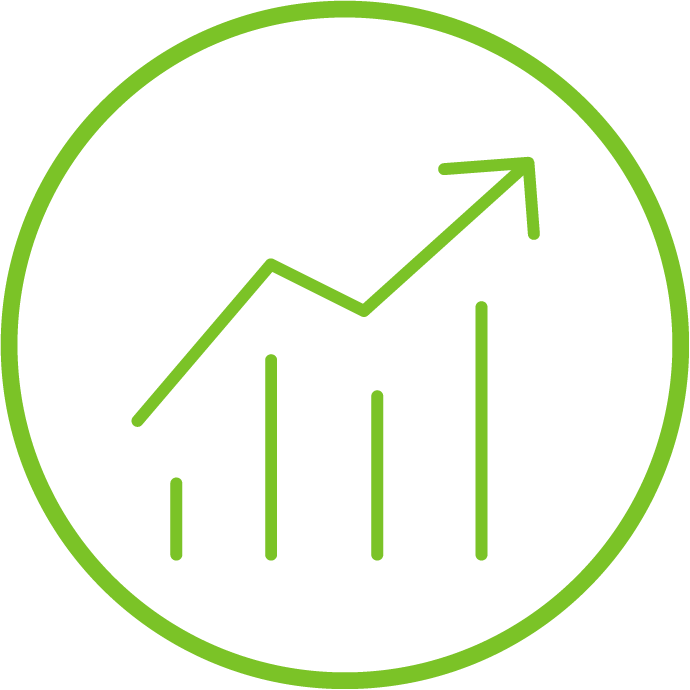 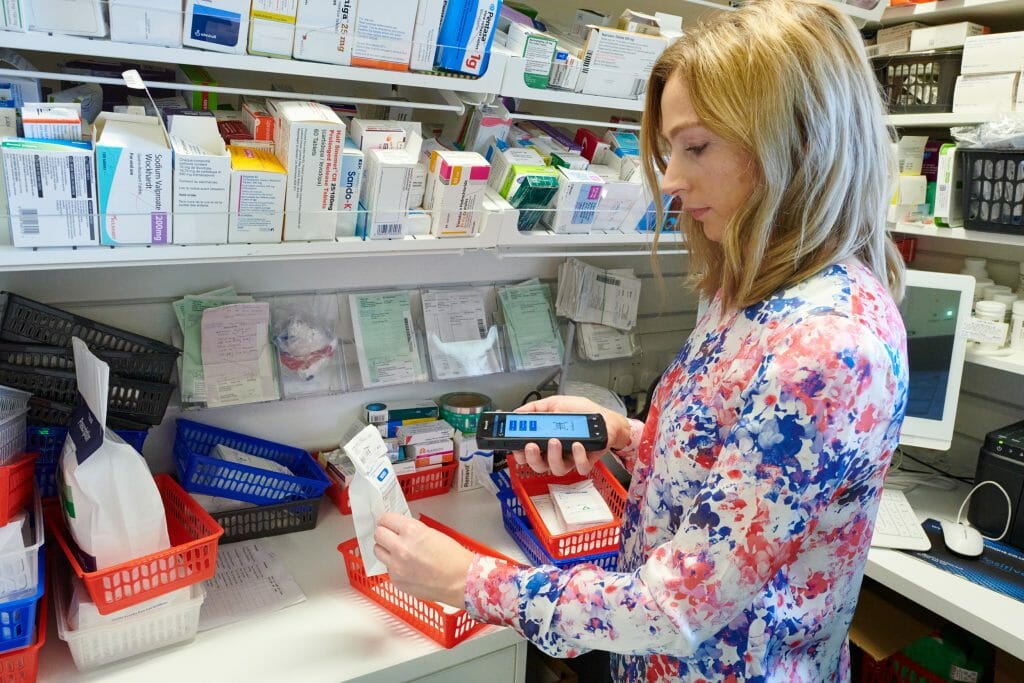